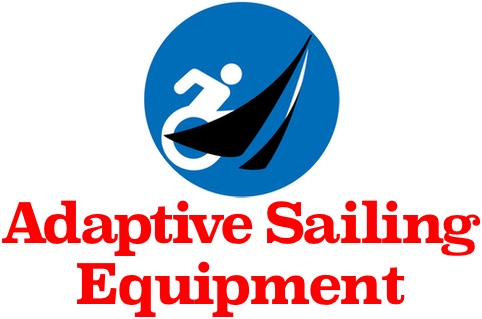 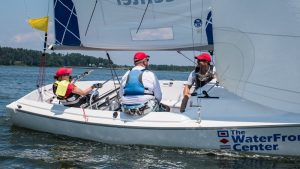 The Sonar is a 23-foot one-design keelboat that showcased disabled sailing at the 1996 Paralympic Games, where the sport was a demonstration event. The Sonar has been the three-person keelboat at every subsequent Paralympics. In para sailing mode it is sailed by a crew of three, without a spinnaker, using a whisker pole with the jib. The Sonar is well-suited for disabled sailing because of its large open cockpit, making adaptations relatively easy. Read more on Wikipedia

This actuator-driven system was developed by Gene Hinkel and Steve Alvey for Y-Knot Sailing. The first version of this system required a plate to be installed on the side rear of the cockpit to attach the actuator. With this system, the helmsperson is in front of the traveler, and we ...
Read More

This seat puts the quadriplegic sailor in front of the traveler, in seat that is fixed in the center of the boat, but can rotate around a cylinder in the base to keep the skipper upright when the boat heels. The seat is mounted on a large board that drops ...
Read More

For sailors using an autohelm (joystick or sip 'n' puff steering), positioning the driver forward of the traveler removes the seat from the path of the actuator-driven tiller, and has the additional benefit of moving the weight of the driver and seat closer to the center of the boat. In ...
Read More

Stainless steel grab bars can be added at various points along the cockpit to provide sailors with a secure hold ...
Read More